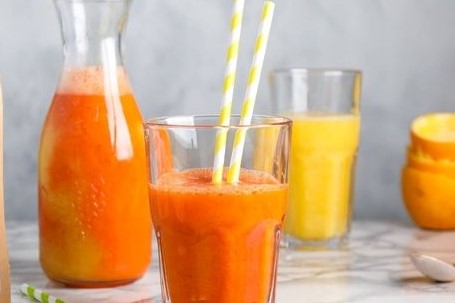 Baobab as a Glycaemic Response Moderator

Baobab is the African Superfruit that comes naturally as a dry powder, tastes fantastic, has an extraordinary backstory of positive social and environmental benefits in Africa, and a legendary reputation for its immune-boosting properties. But there’s much more to Baobab than just this. It also has a range of other functional attributes and health benefits that make it especially interesting to food and beverage manufacturers.

This month we tackle the health property that has sparked most interest in Baobab Fruit Powder from the manufacturers of baked goods, bakery ingredients and health beverages. This is the combination of high fiber and polyphenols in Baobab that collectively moderate the postprandial glycaemic response, lower the GI (glycaemic index) of high GI foods, and increase the feeling of satiety.
Glycaemic Response explained

“Postprandial glycaemic response” describes the changes that occur in blood glucose levels after consuming a carbohydrate-containing food. Persistent fluctuations in blood sugar levels can lead to serious health problems, such as type 2 diabetes. Furthermore, when the body receives more glucose than it can use, it stores the excess sugar (which it is unable to metabolize) as fat. This is how the consumption of foods such as white bread, confectionery and white rice that elicit a strong glycaemic response (sometimes referred to as a blood sugar “spike”), can often lead to weight gain.

This has resulted in the development and adoption of the glycaemic index (GI), which is a way to rank carbohydrate-containing foods based on their potential to raise blood glucose. Carbohydrate foods are classified based on how they compare to reference food (either pure glucose or white bread). “Low GI” foods typically release glucose slowly into the bloodstream, leading to only moderate level increases in blood sugar levels. Higher GI foods will result in a more rapid rise in blood sugar levels.

Foods that contain fat and/or fiber affect the overall postprandial glycaemic response of a food by slowing down gastric emptying which, in turn, slows down the digestion of carbohydrates. If a high GI food (such as white bread) is combined with a low GI food (such as yogurt), there will be a more balanced fluctuation of blood glucose (source: American Diabetes Association).

Fat and fibre are not the only things in foods that can help to reduce the postprandial glycaemic response. Researchers have recently discovered that polyphenols have an effect on starch breakdown in foods. Tannic acid, catechins and phytic acid have all been found to reduce the digestibility of starch in vitro and in vivo. This has a significant effect in lowering the glycaemic response of a meal.

Baobab Fruit Powder is high in dietary fiber (over 50%) and polyphenols, both of which individually contribute to reducing glycaemic response. In Baobab they also appear to be working in synergy to further enhance the fruit’s potency as a glycaemic regulator. This was confirmed in a 2013 study, undertaken by researchers at Oxford Brookes University in the UK, who analysed the impacts on blood glucose levels of consuming Baobab Fruit Powder in conjunction with high GI white bread. Sure enough, adding the Baobab significantly slowed the rise of blood sugar levels 20-60 minutes after eating the bread.

In the same study, subjects were fed either standard white bread or “Baobab” white bread (where Baobab Fruit Powder had been added to the dry mix prior to baking). Researchers found that adding just 2% Baobab to the baking mix of white bread caused a significant lowering of the glycemic index of the bread. Baobab is roughly 50% fibre, but what is interesting is the relatively tiny amounts of Baobab needed to provoke a glycemic response. This indicates potential wide-ranging commercial applications in the bakery industry in low GI bread, crackers, wafers, etc.

In a 2017 clinical study, researchers at Oxford Brookes University found that Baobab may increase satiety. Subjects were given either a test smoothie consisting of 15g of Baobab Fruit Powder or a control smoothie without Baobab. Subjective ratings of satiety were taken on visual analogue scales immediately pre consumption and then post consumption, and energy intake at a post ad libitum meal was recorded. They discovered that subjective measures of hunger were reduced following the test smoothie compared to the control even though there was no significant difference in calorie intake. This research has positive implications for the use of Baobab for reducing hunger, possibly having a positive effect on weight maintenance.

What does this mean for you?

Baobab Fruit Powder is an amazing asset for food and beverage formulators looking to reduce the GI of their products. Most fruits have a very low fibre content, and are consequently high GI themselves. Baobab, on the other hand, is very high fibre and therefore comparatively low GI itself. It also, because of the potent combination of fibre and polyphenols, can reduce the GI of foods to which it is added. So, if you are in the space of low GI foods, blood sugar management and healthy eating, why not consider trying Baobab Fruit Powder to add in your next juice, smoothie  or baking with it?

Our shop will be temporarily closed until Friday the 8th of July.

We thank you for your valued support, and we’ll be back soon!