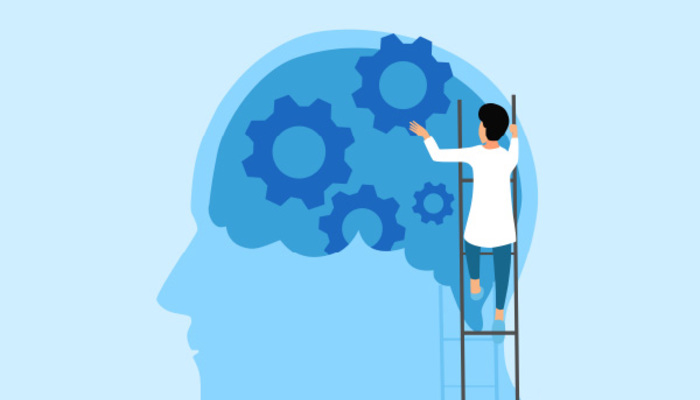 BRAIN AGE: THE SAME AS YOUR AGE!

Most of the body’s cells that last a lifetime are found in the brain, explains Dr. John Wadley, consultant neurosurgeon at Barts and the London Hospital in the UK.

“We are born with all the brain cells we’ll ever have, about 100 billion and most of the brain does not regenerate as it gets older. In fact, we actually lose cells, which is the underlying reason for dementia and is also why head injuries are so devastating. There are, however, two areas of the brain that do regenerate”, says Dr Wadley. “The olfactory bulb that govern our sense of smell, and the hippocampus, which is an area for learning”.

Nootropics are natural supplements or drugs that have a beneficial effect on brain function in healthy people.

Many of these can boost memory, motivation, creativity, alertness and general cognitive function. Nootropics may also reduce age-related declines in brain function.

Here are the best nootropic supplements to boost your brain function.

These fatty acids have been linked with many health benefits, including improved brain health.

DHA plays a vital role in maintaining the structure and function of your brain. In fact, it accounts for around 25% of the total fat, and 90% of the omega-3 fat, found in your brain cells.

The other omega-3 fatty acid in fish oil, EPA, has anti-inflammatory effects that may protect the brain against damage and aging.

Taking DHA supplements has been linked with improved thinking skills, memory and reaction times in healthy people who have low DHA intakes. It has also benefitted people experiencing a mild decline in brain function.

Unlike DHA, EPA isn’t always linked with improved brain function. However, in people with depression, it has been associated with benefits like improved mood.

Taking fish oil, which contains both these fats, has been shown to help reduce the decline in brain function associated with aging.

Overall, the best way to get the recommended amount of omega-3 fatty acids is by eating two portions of oily fish per week.

More research is required to find out how much and what ratios of EPA and DHA are beneficial. But taking 1 gram per day of combined DHA and EPA is generally recommended to maintain brain health.

Resveratrol is an antioxidant that occurs naturally in the skin of purple and red fruits like grapes, raspberries and blueberries. It’s also found in red wine, chocolate and peanuts.

It’s been suggested that taking resveratrol supplements could prevent the deterioration of the hippocampus, an important part of the brain associated with memory.

If this is true, this treatment could slow down the decline in brain function you experience as you get older.

Animal studies have also shown that resveratrol can improve memory and brain function.

Additionally, one study on a small group of healthy older adults found that taking 200 mg of resveratrol per day for 26 weeks improved memory.

However, there currently aren’t enough human studies to be sure of resveratrol’s effects.

Phosphatidylserine is a type of fat compound called a phospholipid, which can be found in your brain.

It’s been suggested that taking phosphatidylserine supplements could be helpful for preserving brain health.

Studies have shown that taking 100 mg of phosphatidylserine three times per day could help reduce age-related decline in brain function.

Additionally, healthy people who take phosphatidylserine supplements of up to 400 mg per day have been shown to have improved thinking skills and memory.

However, larger studies need to be carried out before its effects on brain function can be fully understood.

Acetyl-L-carnitine is an amino acid produced naturally in your body. It plays an important role in your metabolism, particularly in energy production.

It has been claimed to make you feel more alert, improve memory and slow down age-related memory loss. Some animal studies have shown that acetyl-L-carnitine supplements can prevent age-related decline in brain function and increase learning capacity.

In humans, studies have found that it may be a useful supplement for slowing the decline in brain function due to age. It may also be useful for improving brain function in people with mild dementia or Alzheimer’s.

However, there is no research to show it has a beneficial effect in otherwise healthy people who aren’t suffering from a loss of brain function.

Creatine is a natural substance that plays an important role in energy metabolism. It’s found naturally in the body, mostly in muscles and in smaller amounts in the brain.

Although it’s a popular supplement, you can find it in some foods, namely animal products like meat, fish and eggs.

In fact, one study found that vegetarians taking creatine supplements experienced a 25–50% improvement in performance on a memory and intelligence test.

It’s thought to work by increasing blood flow to the brain and is claimed to improve brain functions like focus and memory.

Despite the widespread use of ginkgo biloba, results from studies investigating its effects have been mixed.

Lion’s Mane mushroom is revered as a potent natural nootropic being nothing short of rocket fuel for the brain. As a superb brain tonic, Lion’s Mane mushroom is rare in its ability to generate neural connections through it’s ability to stimulate NGF – nerve growth factor, and cross the blood-brain-barrier and stimulate the release of BDNF – brain-derived neurotropic factor.

This means Lion’s Mane extract has the ability to repair, regenerate and strengthen the health of existing neural pathways and support new neural pathways; improving cognitive function and memory, support the formation of new ideas, elevate focus and concentration, alleviate symptoms of brain fog, supporting new neural growth and cell health, as well as supporting our entire nervous system; both the central (brain and spinal cord) and the peripheral (our limbs and organs).

Lion’s Mane extract is also helpful in neuropathy, MS, nerve damage, gastric ulcers, as well as a lot of emerging research surrounding Lion’s Mane’s role in preventing and treating neurological diseases such as Alzheimer’s and Dementia.

A good diet made of good quality protein, plenty of fresh vegetables and fresh fruit may help improve a person’s memory and concentration. Some may also reduce the risk of stroke and age-related neurodegenerative diseases, such as Alzheimer’s and Parkinson’s.

Some of the foods contain compounds such as healthful fatty acids, which can help improve the structure of brain cells called neurons. Other compounds, such as sugars and saturated fats, may damage brain cell structures.

Brain-boosting foods tend to contain one or more of the following:

Beyond adjusting the diet, you can optimize their brain function by:

Eating a brain-boosting diet will also provide many benefits for the entire body.

Long-chain omega-3 fatty acids and the brain: a review of the independent and shared effects of EPA, DPA and DHA – PubMed (nih.gov)

Docosahexaenoic Acid and Cognition throughout the Lifespan – PubMed (nih.gov)

Delaying the mitochondrial decay of aging with acetylcarnitine – PubMed (nih.gov)

The influence of creatine supplementation on the cognitive functioning of vegetarians and omnivores – PubMed (nih.gov)